annexM, continuing its curatorial policy of site specific exhibitions and projects for the fourth year, under the artistic direction of Anna Kafetsi, is organizing a two month summer exhibition in the Garden of the Athens Concert Hall. The exhibition is open every day from sunset until midnight and entry is free to all.

annexM launches this year’s programme, which opens a meditative, underground dialogue with both the anniversary year of 2021 and 200 years of national existence, with an exhibition entitled Marginalia with the participation of artists Virginia Mastrogiannaki, Nina Pappa, Ilias Mamaliogas and Spiros Vrachoritis.

The exhibited works, with one exception, are new projects created specifically for this exhibition, while two performances by S. Vrachoritis and V. Mastrogiannaki have been put on and videoed in the Concert Gall Garden and Atrium.

The title of the exhibition (from the Latin margo, marginis: margin) in its literal meaning refers to notes and all kinds of marks and images written or drawn by readers on the margins of books or texts, a practice which can be traced back centuries to the notes and comments made by the copyists of biblical and classical manuscripts for functional and interpretative use. It also refers to a particular category of publishing, in which the author or editor gather together brief texts, scattered thoughts and fragmentary material.

On the horizon of the rich intertextuality of the title, the works in the exhibition, in which marginal notes, as raw materials or narrative practice, are found in different ways and meanings, are presented in an open, fragmentary form, while at the same time maintaining the traces of their history, while at the same time they open up a relationality both among themselves and with the exhibition space.

The visitor will be able to create random paths through the exhibition, paths with no start and no end, between the 8 different points in the Garden where five video installations are shown on large scale screens and monitors

“On the margins of the great anniversary narratives the Marginalia exhibition proposes small, self-contained comments beyond Text. In the critical dialogue which opens fragmentedly, underground, with the anniversary of two hundred years of national existence, the national ‘we’ is reflected through open subjective experience. It turns towards the monad to seek oblique, off-centre, foreign aspects, bright flashes in the shadow of a single closed narrative.

On the white spaces of heroic, official iconography in small letters and enigmatic, broken writing, scarcity, losses,trials, experiences of endurance and creative passion, perseverance and resistance are crammed in.  All the strands of existence, with no single topic. Individual exiled lives, which “outwitted the historical dynamic”, to quote Adorno in the extract above, or were conditionally included, wounded and creative they leave traces and heritage at the side of the road. They are acknowledged as the other half of History.

Lonely, tangible actions in public space and autobiographical, personal testimonies unseen in the creative oestrus of private confinement achieve a set of values tacitly and silently. They bring to light alternative forms of social inclusion and potential aspects of a subversive performativity in the moral-political and social spheres.

The transition from morality, the Sorrowful science of Life Art, to the political condition encourages us towards an allegorical reading and interpretation of the images behind the mirror. Beyond the representation and the original contextual semantics. In a constant motion towards the meaning which both summons us and resists us. Outside the Canon.” 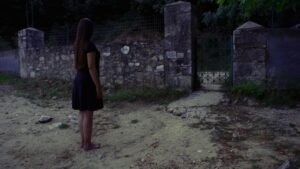 The vocal and instrumental ensemble Les Arts Florissants, founded in 1979 by the famous...

The musical evolution resembles a relay race: the baton is passed from inspiration to...

Be the first to know about our events, performances and our latest news.